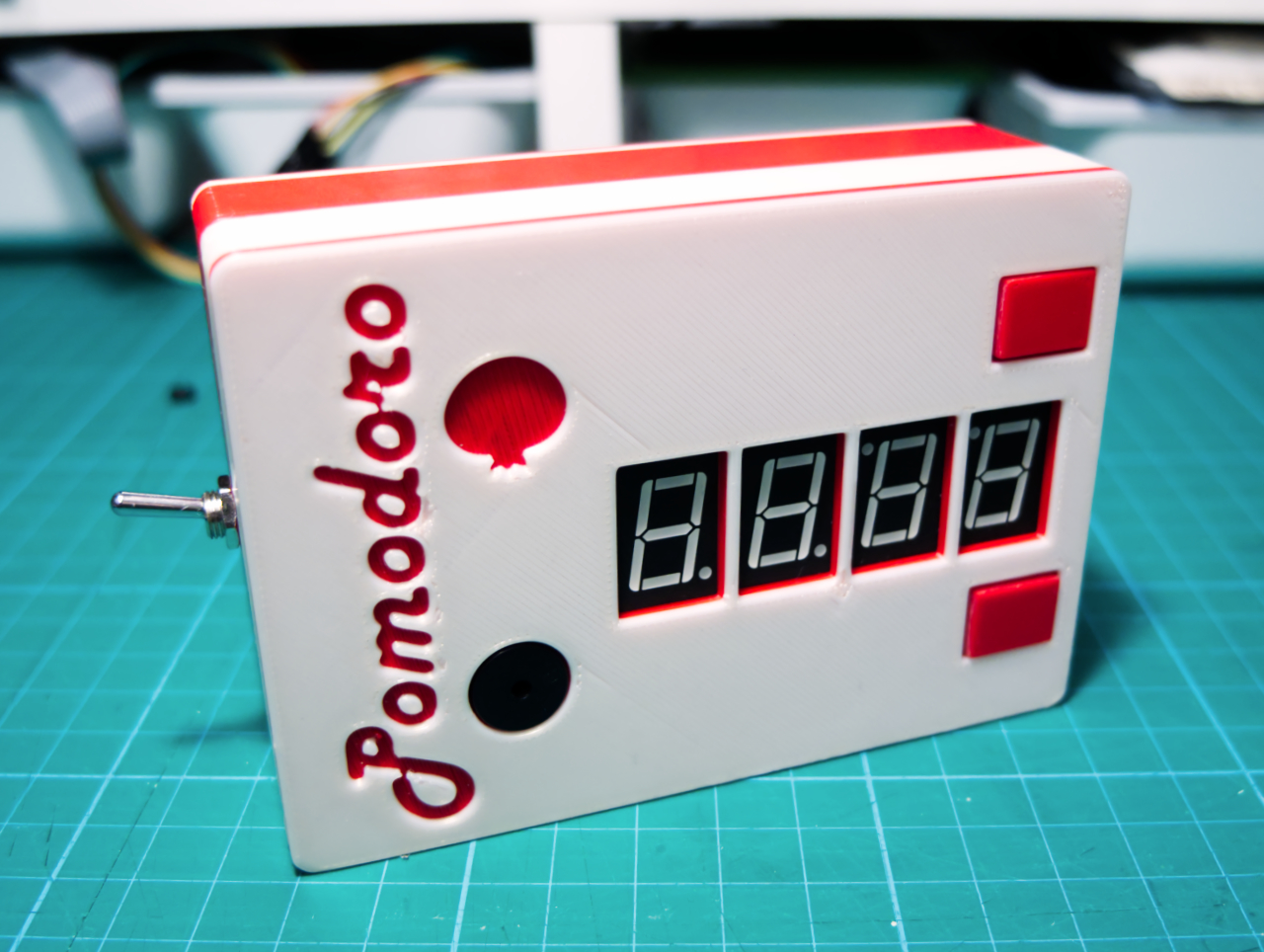 I love working to Pomodoro. I don’t use it all the time, but I do use it as a tool when I need to push for long periods and maintain productive focus.

But I don’t like Pomodoro timers. They universally suck. I’ve tried web based, phone based, watch based, physical stopwatches, and whilst they’re functional, they’re not very satisfying, there’s nothing to really interact with. I wanted to try and make something that you could touch and flip that felt rewarding at the end of each period. Try to gain that feeling of done. 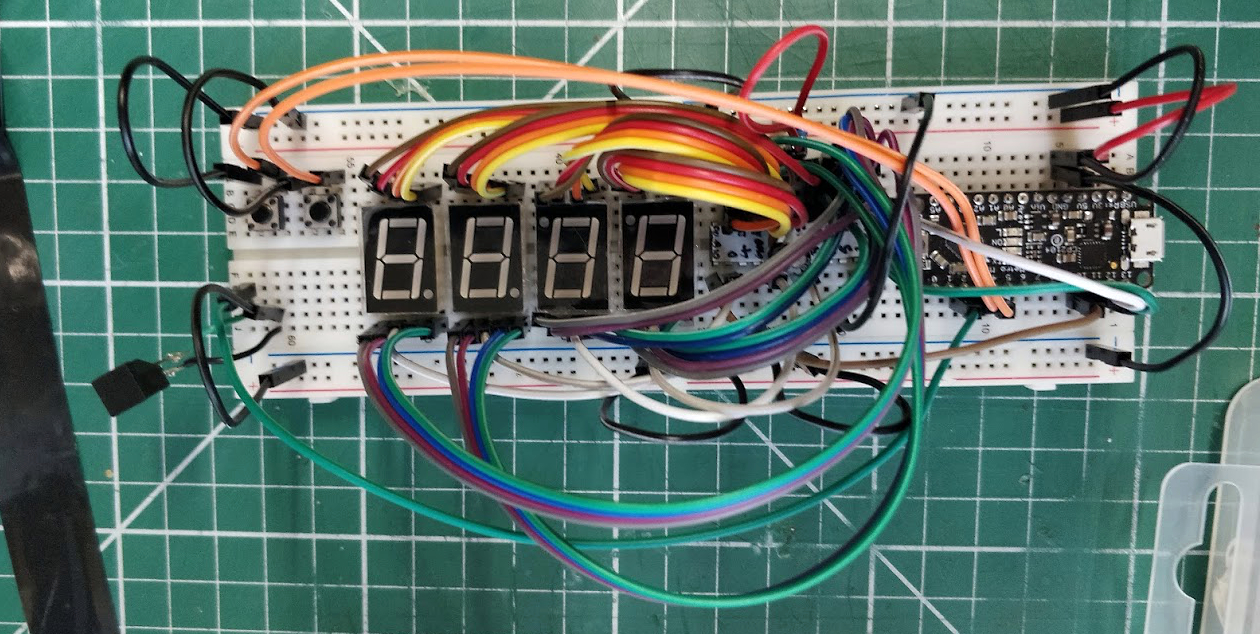 The first version was huge. It took a few revisions to get down to it’s svelte state above and then lived on my desk like this for a few weeks while I played with the software. For the brains, I started with an Arduino Uno but moved on to a Metro Mini - it’s a fantastic substitute at a fraction of the footprint, and breadboard compatible.
Two of the seven segments are inverted to allow for the dot remain aligned irrespective of orientation. There’s some additional code in the project to allow for the mapping.

The code is available on GitHub, and works on either a board such as the Uno/Mini or on an microcontroller such as the AtTiny84. 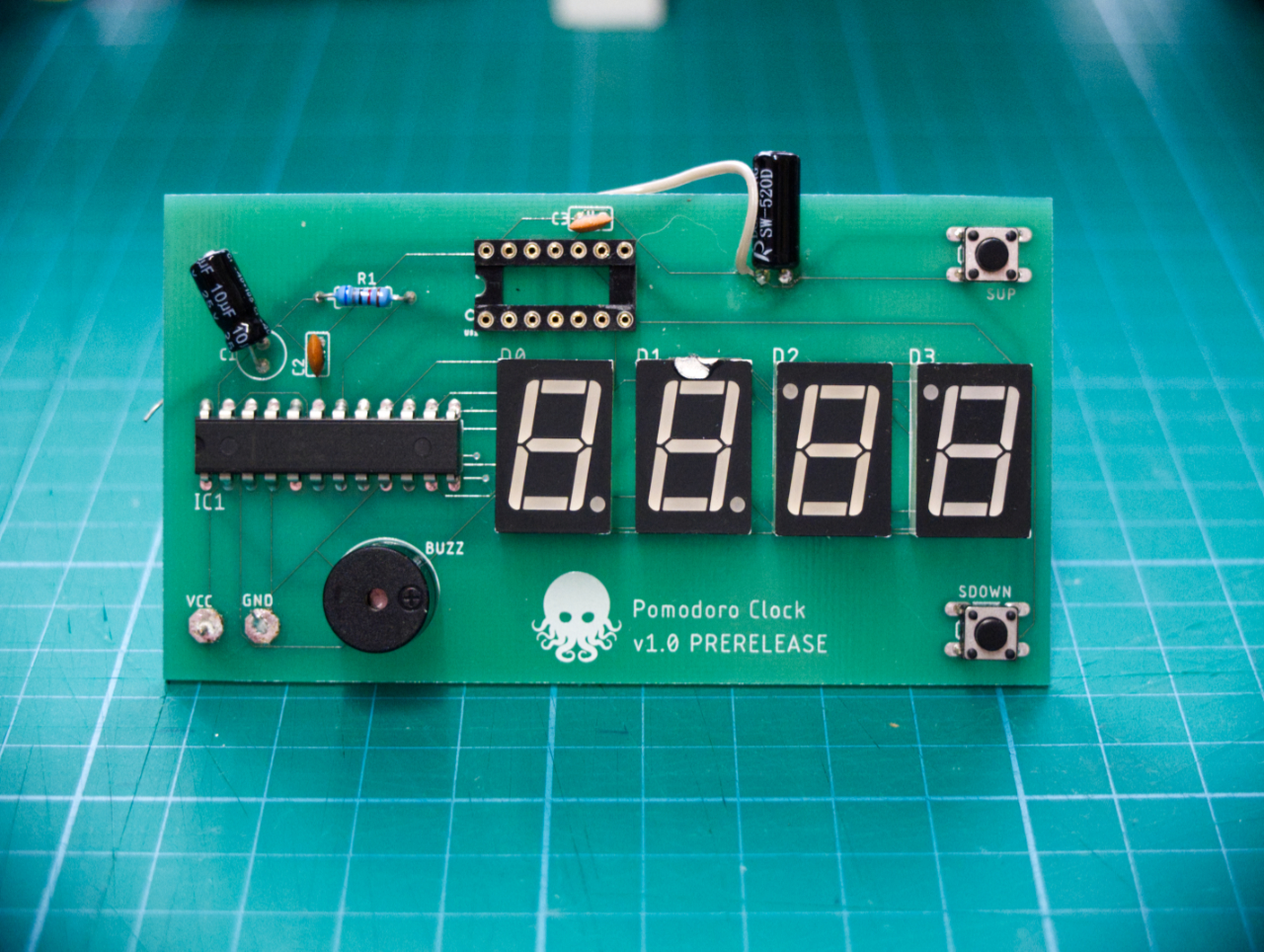 Schematic and board prototypes were done in Eagle, and prototypes were ordered from Ragworm. I’ve done home etched PCBs before, but this was the first time I ordered fabrication. The service was smooth and arrived in a week. For the PCB, we use an ATTiny84 rather than continuing to use the Metro Mini. 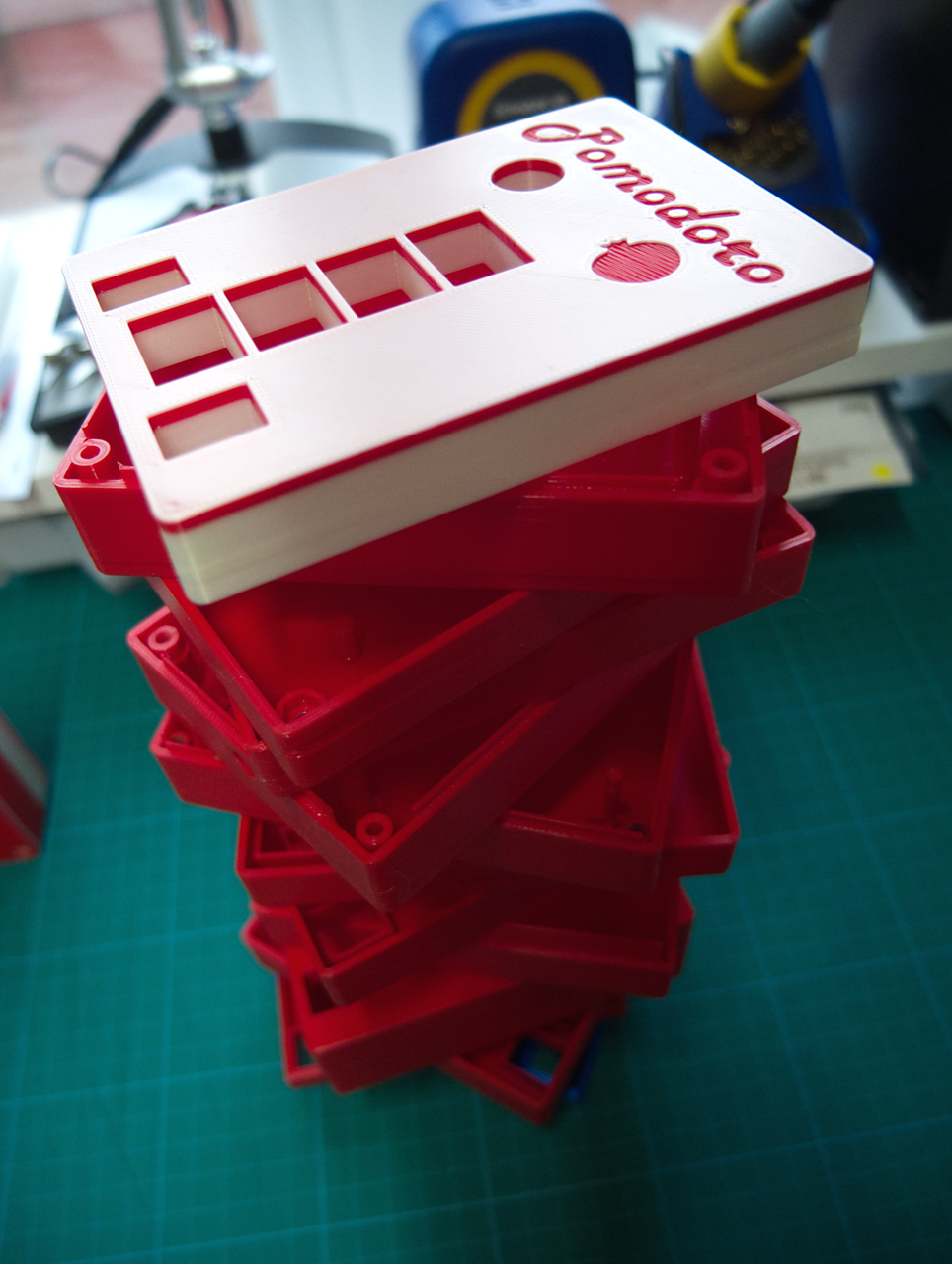 My Prusa Mini arrived during Lockdown. Since we bought it, it’s seen fair service printing Covid models and large flamboyant potatoes, but what I really wanted it for was designing parts for projects like this. I had a bit of Fusion 360 already under my belt, but I had to step it up a few notches and dig deeper into parametric modelling. And make quite a few revisions. Anyone who says 3d printing is /rapid/ prototyping is lying to you.

To me what was really missing was a patterns library - best practices for common themes. All of the ground I covered has already been covered thousands of times by other people solving exactly the same problems, but I’m unaware of a resource that documents common modelling practices for things like cases, closures, etc.

After … many iterations, I’ve finally got something I’m quite happy with. It’s not perfect - but it feels like a complete project from start to finish and it’s functional. It feels nice in the hand, and there’s something very tactile about turning the timer when the interval is finished and the (somewhat loud) alarm sounds. 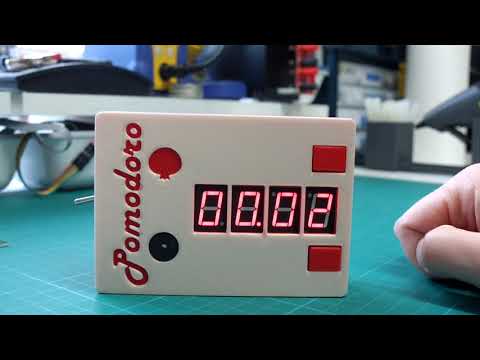