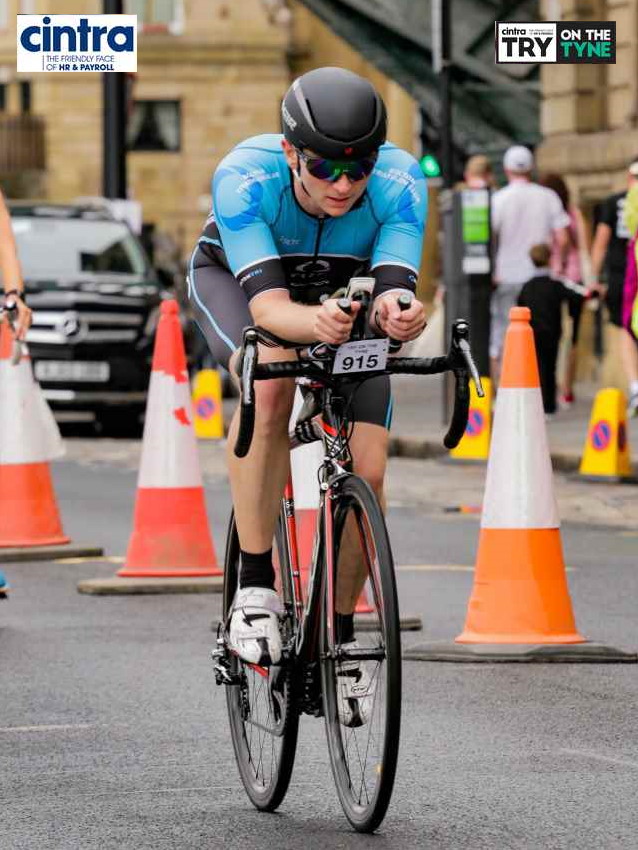 I have delayed writing this one up, but I should probably get on with it.

A friend stayed over a few months ago, and this event came up. It looked like a good call: a late season event, something new (I had never raced Duathlon before), and an excuse to go and visit a part of the country that I’ve not been to for a while. So, I booked on.

Pre-race prep wasn’t as good as it could have been, but my fitness was fair. I knew that the last 5k was probably going to hurt, and I’ve not done many brick sessions since Ripon. I turned up the night before at friend’s house after a bit of a shitty drive, we ate chinese, had a good natter, and crashed down.

On getting to the venue, layout was … not what I usually execpt at a multi-disciplinary event. This felt like an event that was designed for the runners first, and the duathletes second. Registration and transition were located near to each other - chips were on the bars rather than ankle tags. This caused some fun as people tried to work out how to attach tags to TT bikes that really didn’t have a normal front section. Transition was set-up on the slope of a hill, no bags were allowed inside transition and it took some time to find where the bag drop was located (a good distance from either transition or the start line). The whole thing was a bit disconnected. Bike racked, bag dropped and eventually across the bridge ot the start area.

Run athletes were asked to arrange themselves in the timing pens, duathletes were asked to wait for a briefing. Race briefings are either good, or garbled and pretty useless. Everyone was really waiting on one piece of information - how many laps on the bike course. The course had changed, there was some confusion, and no one had a straight answer. It came - once, it was garbled, and everyone missed it. The other athletes around me looked around and mutually agreed that we were racing to Garmins. We were then asked to file in to the timing pens… the already full timing pens… from the very back… oh FFS.

Eventually, we’re off. The first 10k is pretty good - there’s reasonable direction, and despite what we were told earlier (don’t follow the person in front of you), it was obvious enough where the course was. In to transition, on to the bikes, and off we go - carefully. The road was closed, this was good. The road was also bisected with cones to stop you crossing over the centre line. I’m less convinced by this. The road conditions were damp, and the road surface was dire. There was one good line on the major downhill straight, with everything else being the epitome of shit tarmac. I am genuinely surprised that we didn’t have more accidents on the day. A few of the marshalls were also somewhat creative with their placement, one in particular stood at the apex of a very corner, and refused to move, despite being nearly hit repeatedly and causing everyone to brake on approaching her.

Eventually, we count the laps out and get back in, and off we go for a final 5k. So far, the race has been tedious, but ok. It’s damp, there’s issues, but what the hell. And the marshalls have disappeared from chunks of the route. Gone. To the point where I’m questioning IF I’M ON THE ROUTE. Now, I appreciate that “it’s your responsibility to know the route”, but let’s be honest, the map is confusing as hell, we’re on roads and I’m usually expecting road markers. I’m not from the area. When it’s marker free, then I usually expect there to be marshalls point to point. Three times on the 5k I was stuck trying to work out where I went next, one for a whole minute, until a marshall, who had been nattering with a friend attending the cycling came back across the road to point me in the right direction. At this point, I’m no longer racing, I’m just waiting to cross the line.

Which I do, eventually. Myself and friend go and find food, and I pretty much swear off doing this race again. I appreciate that some races are rough in their first year, but this had way too many fundamental problems for me to come back to: