Sometimes, a project is just about pure functionality. We live in a small house, and space is at a premium. The cupboard at the top of our stairs used to contain a boiler, but was removed before we moved in and replaced with a combi-boiler in the kitchen. The previous owners had installed some coat hooks in here, but it had mostly been used as hanging storage. We had been intending to do something with the space, but hadn’t got around to it. 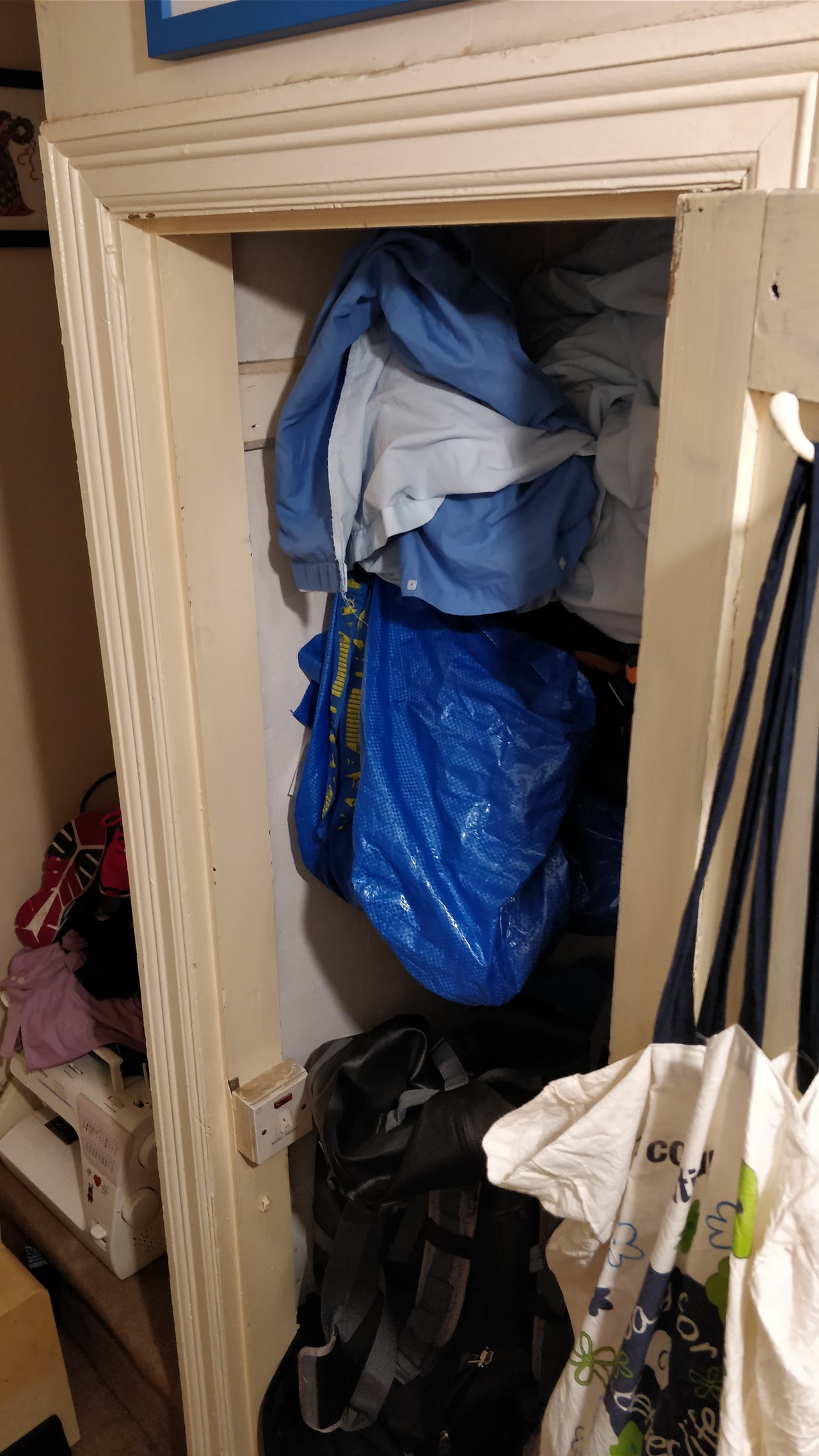 Ten years later, I do some quick maths, grab some 12mm plywood and some rough-cut 25mm timber, pull everything out of the cupboard, attach some batons around the side of the cupboard and we’ve now got some functional storage space. There’s a couple of small challenges - the old power cable for the boiler is still in place, and the piping has been capped, but is at the bottom of the cabinet, so our first shelf starts at 23cm from the ground. What shouldn’t be a surprise is that after putting everything back, we now appear to have almost double the amount of usable space. Not a bad use of a Sunday afternoon. 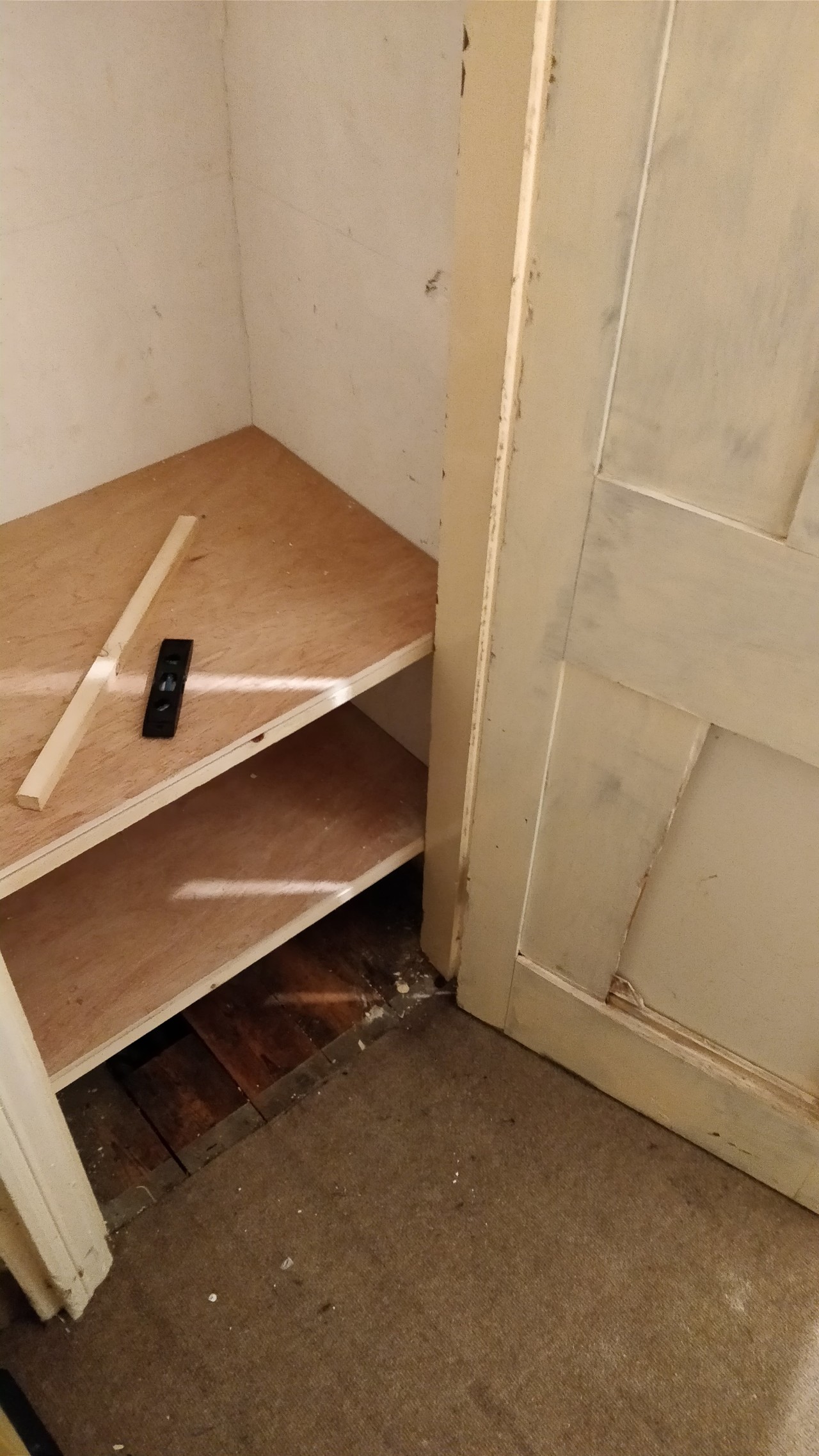 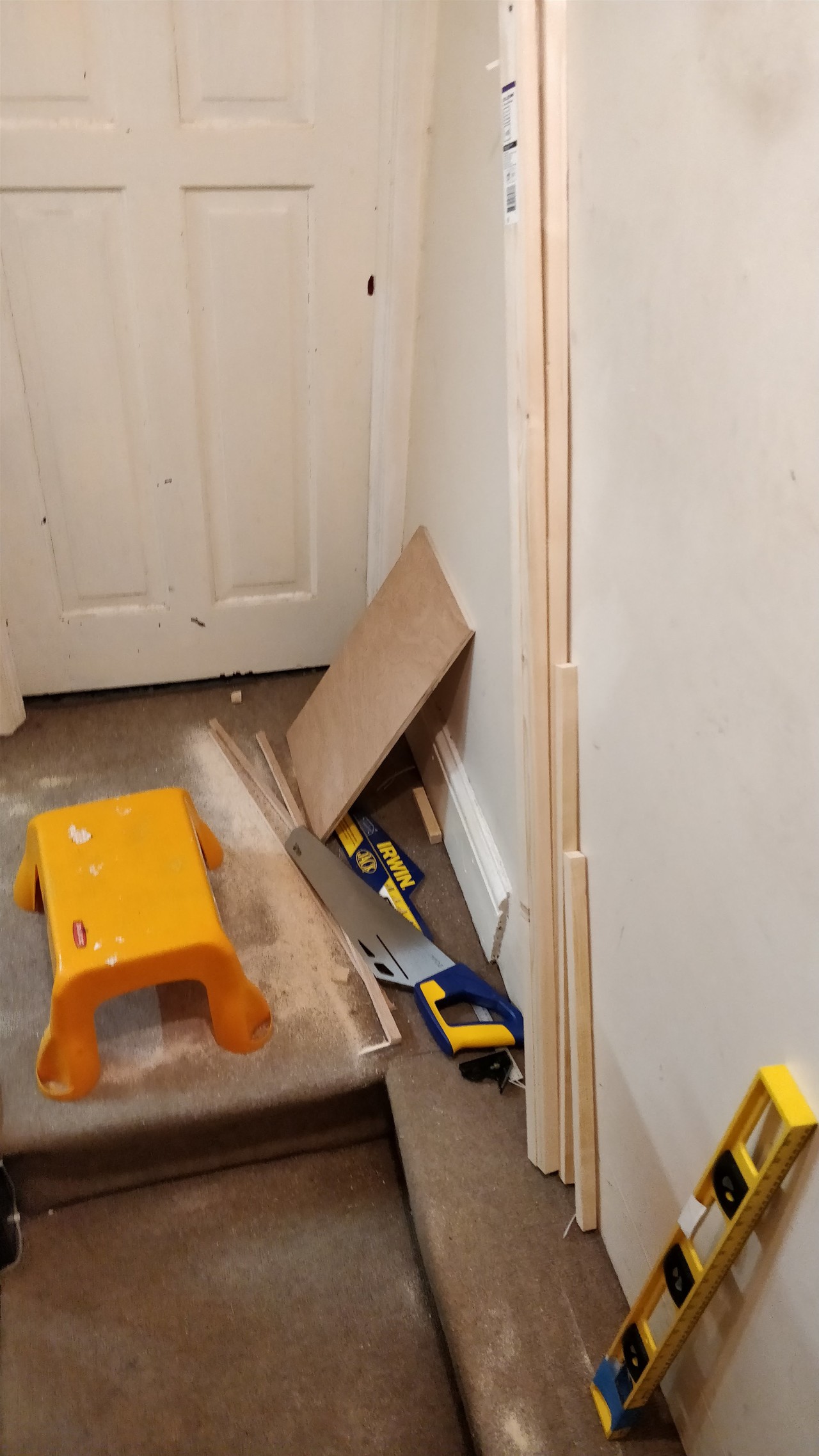 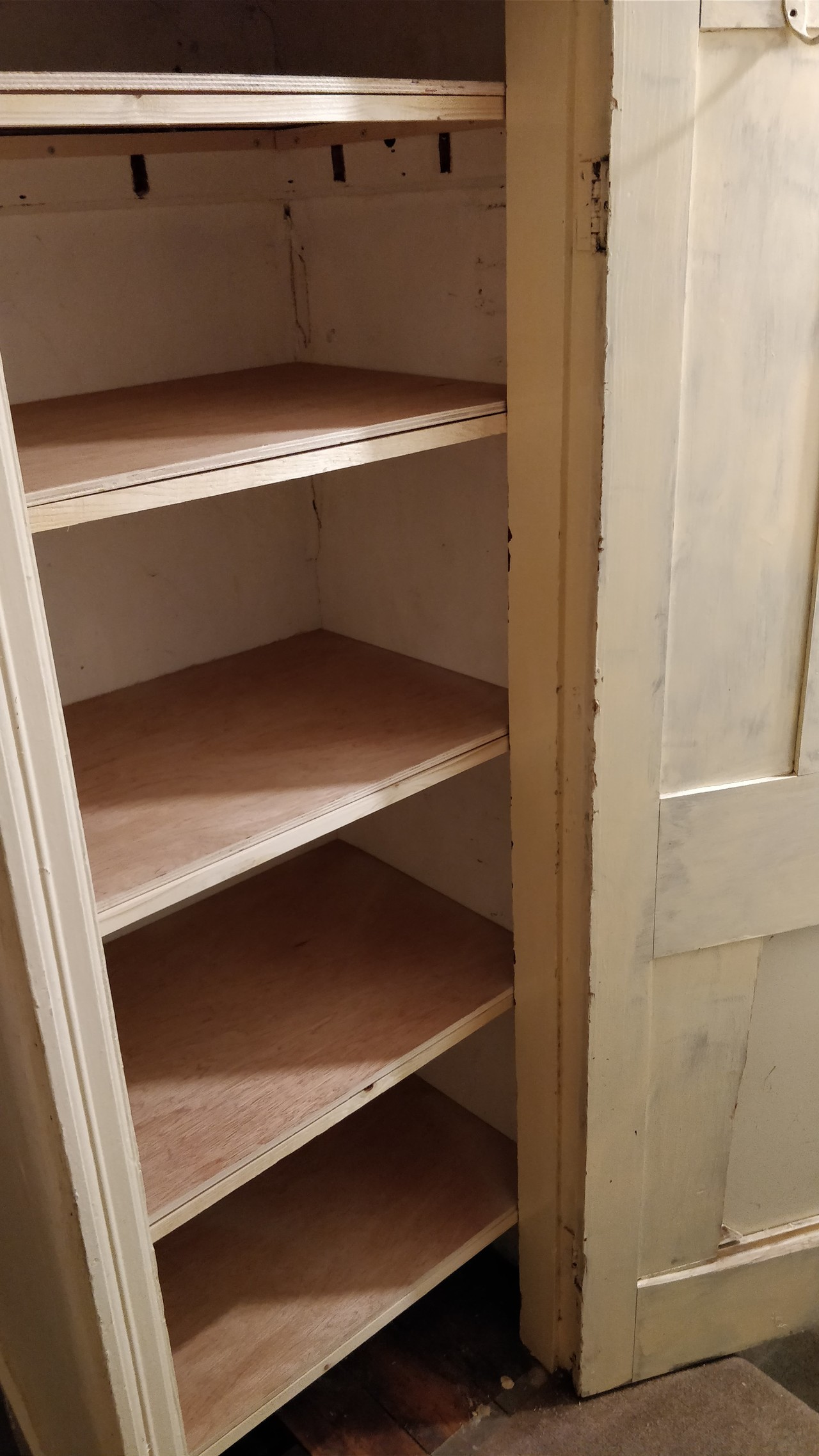 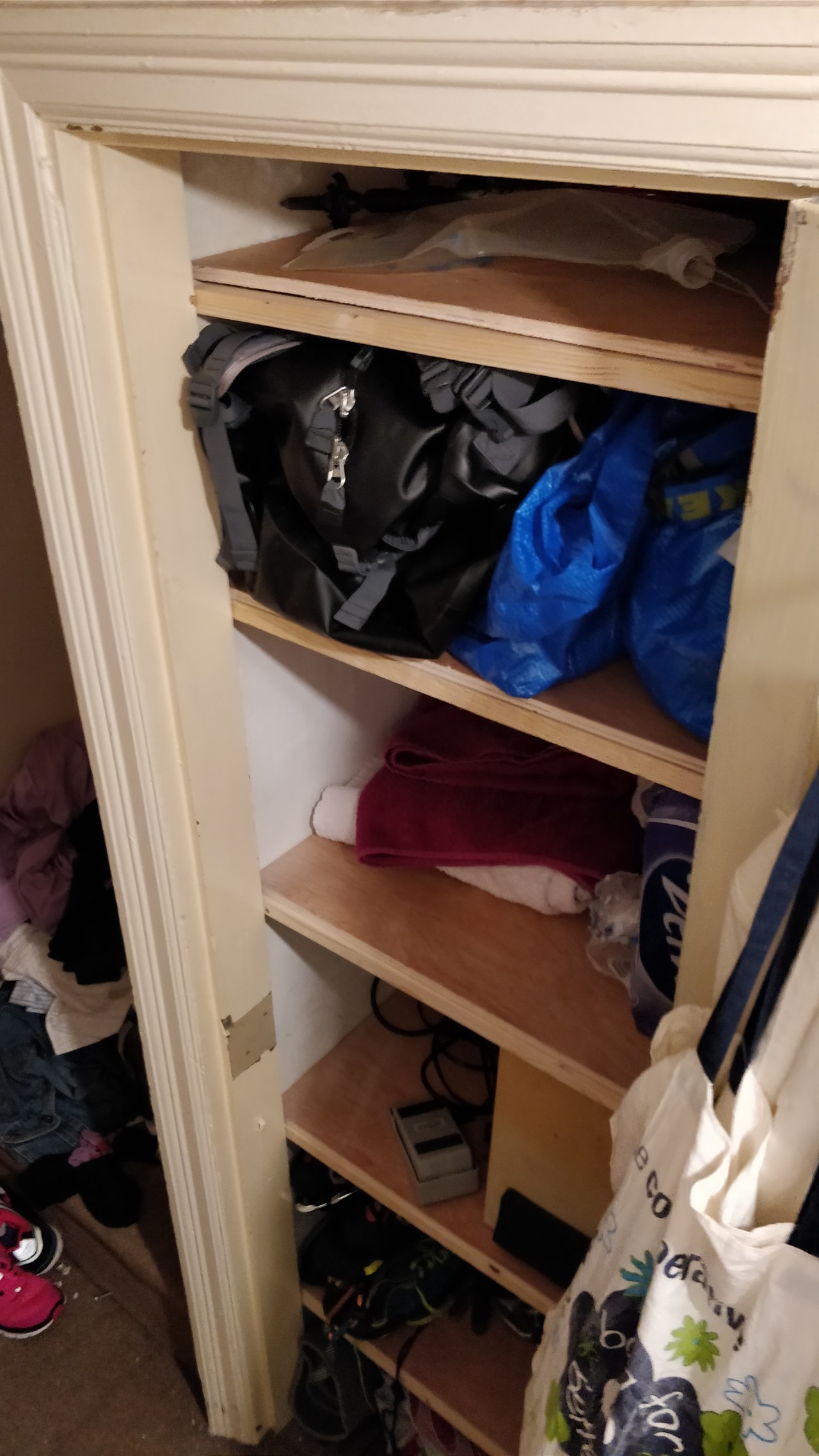 The first three shelves are designed to take a 35L or 64L Really Useful Box (35cm high shelf), with the fourth shelf being slightly shorter. The little “shelflet” at the very top is only around 10cm high, but useful for small thin items.