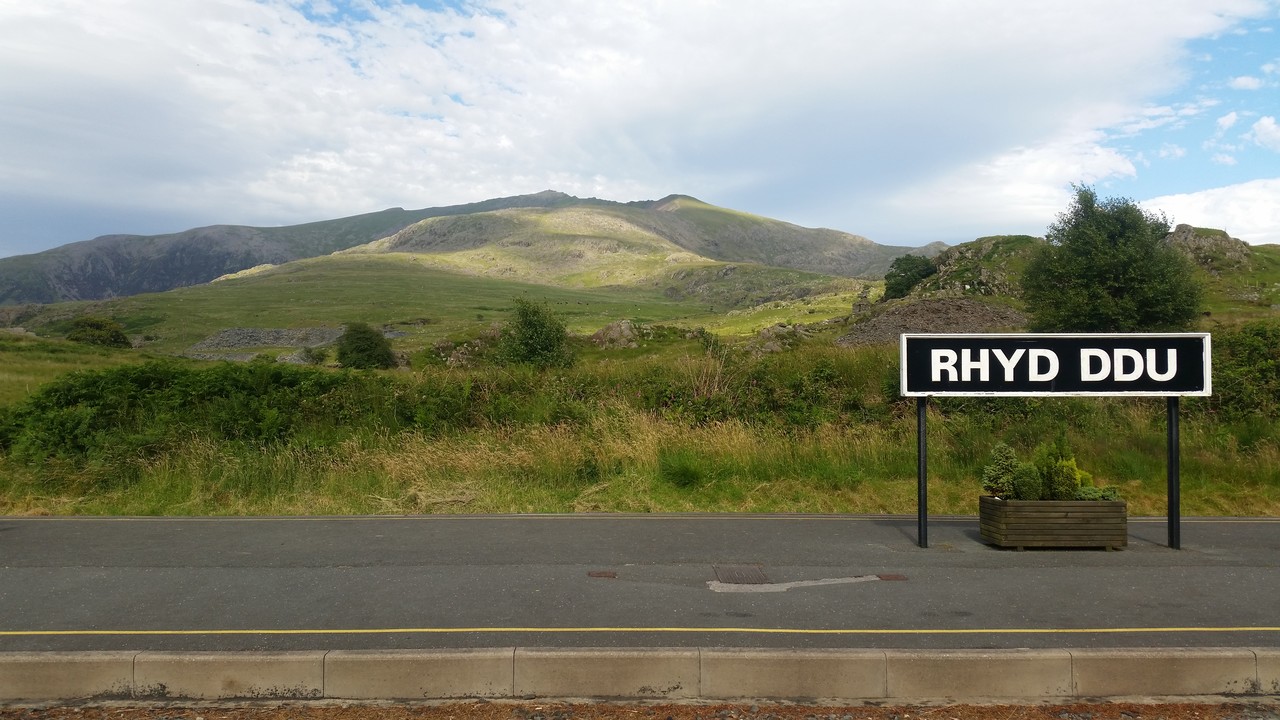 It started with a free day in the calendar that Nick and I decided was well suited to going up a hill. We hadn’t picked the hill, but we did have a date. Cue a discussion about which hill to ascend, and we settled on Snowdon.

I’m reassured that I’ve been up Snowdon by my father. I have no recollection of it, but that doesn’t mean it hadn’t happened. We roped in Matt Pocock and then turned to routes. Snowdon has rather a lot of approaches, from the long slog from Llanberis, through to the brown trouser approach of Crib Goch. Way in advance, we decided to go for Crib Gogh, because a walk without an imminent risk of death is just too easy.

As the date approached, we kept a close eye on the weather conditions. Rain was promised until around 0930, followed by a quick clearing and then blue skies. My luck with weather is not great, I’m considering the possibility that I’m actually a minor rain God. With a bit of discussion, and some dramatic enactment of the possible consequences of screwing up Crib Gogh we decided to take a more pedestrian route from Rhyd Ddu. 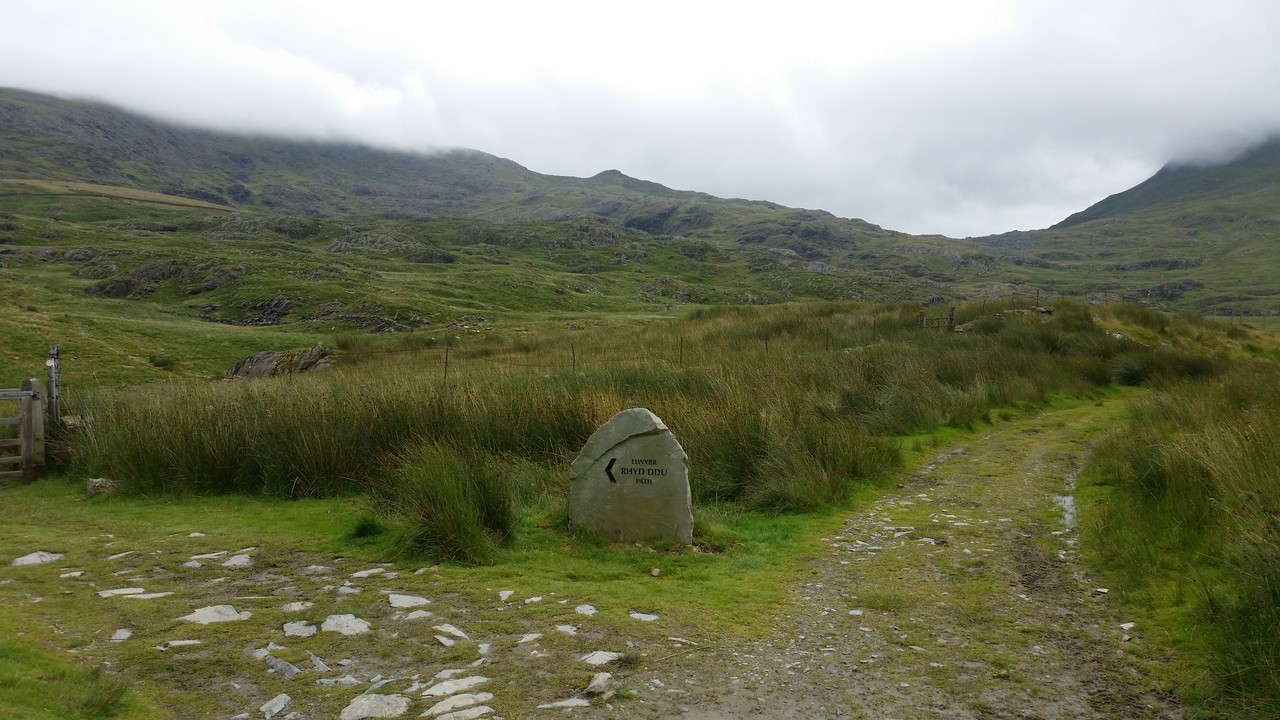 With an early start we arrived in Rhyd Ddu. In the car, Matt and I discussed weather luck, he’s had very few rainy days walking in Wales, and I … haven’t had a clear summit all year. He reckoned his weather luck would beat my weather luck. We pulled in to the car park and it was pleasant down below, cloudy on the top. Crossing from the train station and turning left at the clearly marked fork in the road we started on up. MAGIC POLES INTO ACTION AGAIN. WOOOHOOO! STOMP, STOMP, CLIMB, CLIMB. This is fun! Matt and Nick may have been slightly less impressed. We stopped a few times to take some pleasant photos while the opportunity was still there. 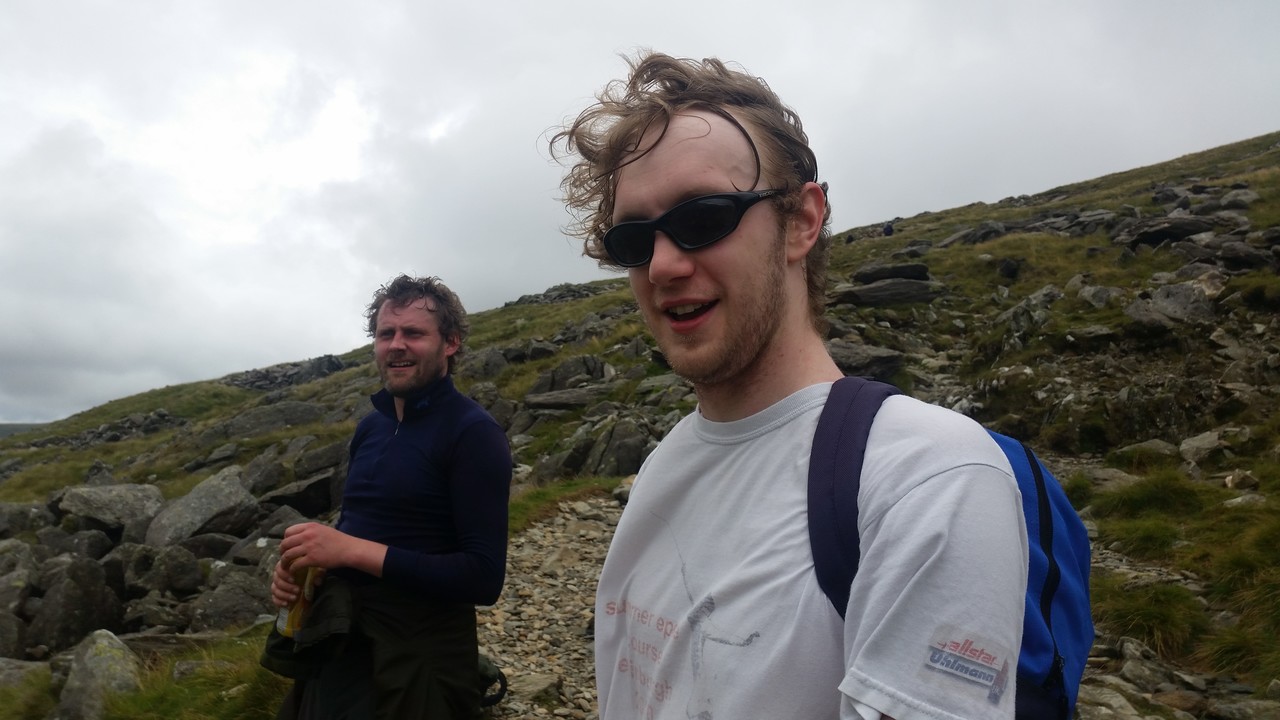 On cue, as we got towards the top of the initial ascent, the rain opened up and the clouds poured in. Lovely. Ascent was straight forward and we summited in a few hours. Good time. Oh, and a bit of hail. 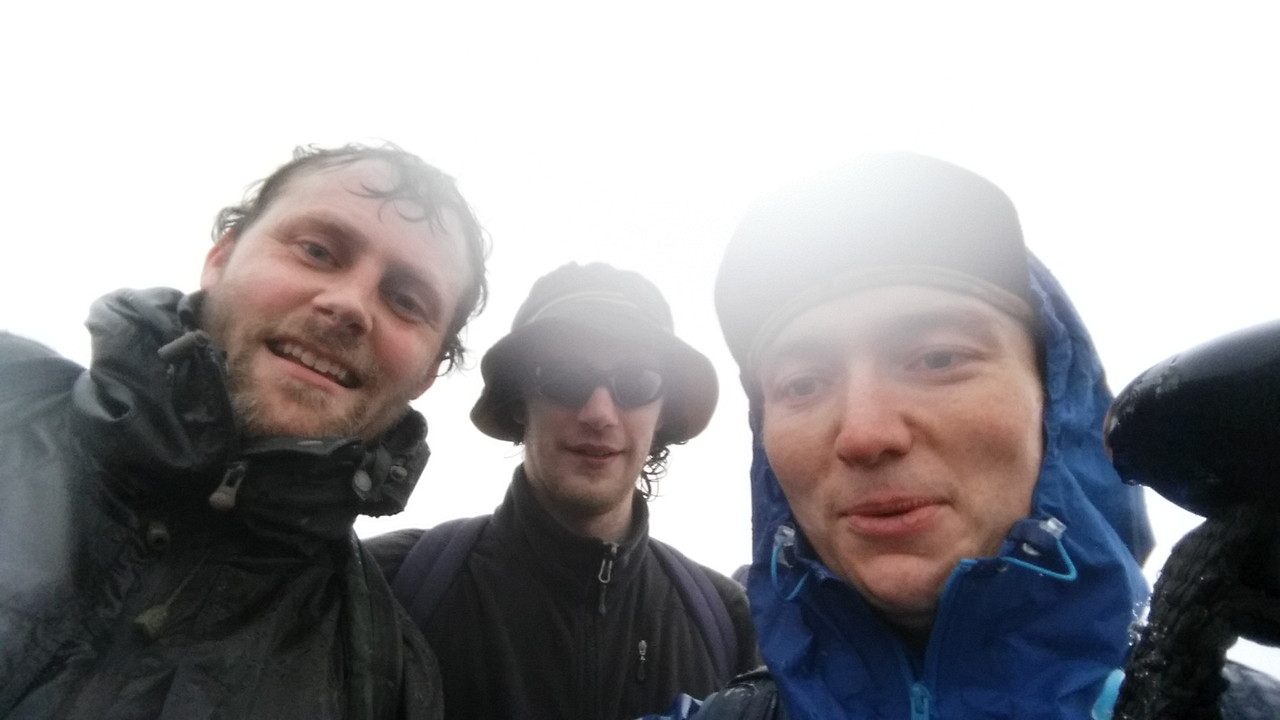 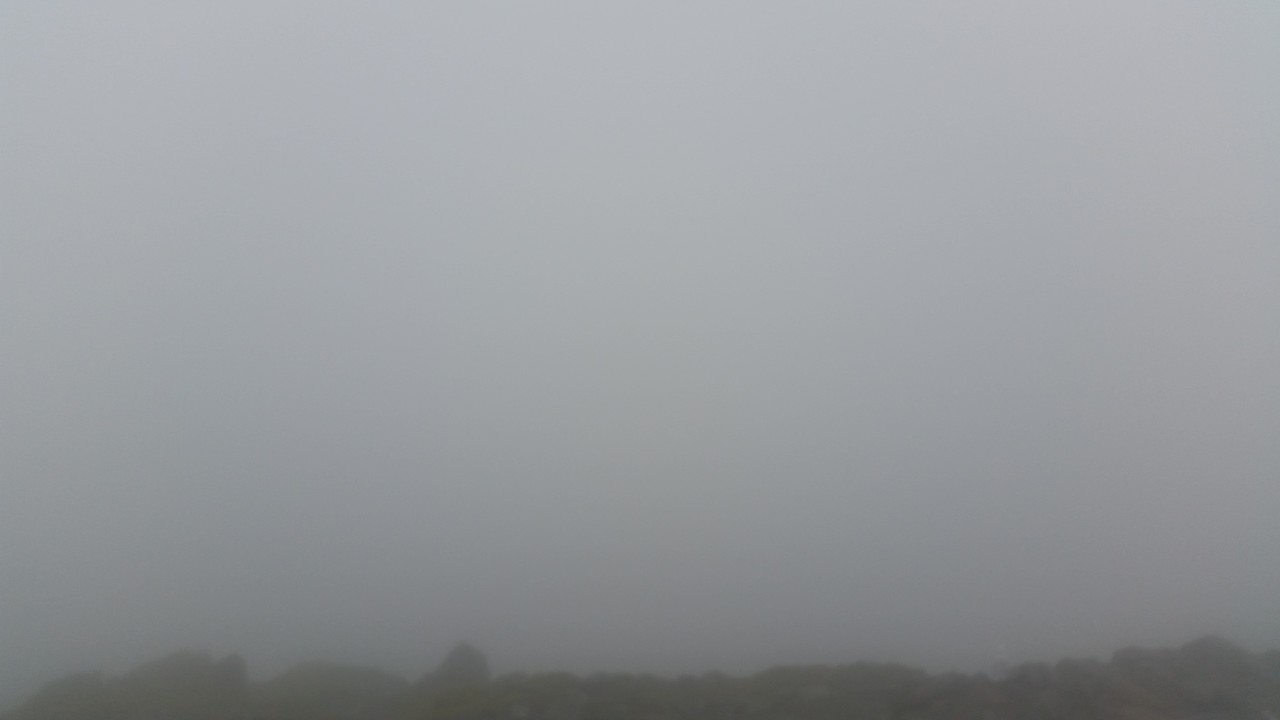 So, we summited in wet cloudy weather and I managed to take another in a series of stunning summit photographs. We then took shelter and lunched in the visitor centre on the summit. This is truly a thing to behold. With a chalet inspired interior, a fast-food style cafe (selling pasties the size of a small Calzone) and a gift/supply shop, we enjoyed some fresh scones, tea (or hot chocolate) and our lunches. It was a pleasant break out of the rain, although packed to the brim. The shop is a piece of inspired genius, stocked with cheapish walking supplies that flew off the shelf to unprepared victims who had ascended and still had the descent to go.

Rested and fed with a longer than usual break, we started the descent by backtracking from the summit, then heading south along Allt Maenderyn. Of course, a few minutes off the summit and the cloud starts to part away, giving us some stunning views, including this rather epic one of the cloud being “captured” and gently rolling over the edge of a neighbouring peak. 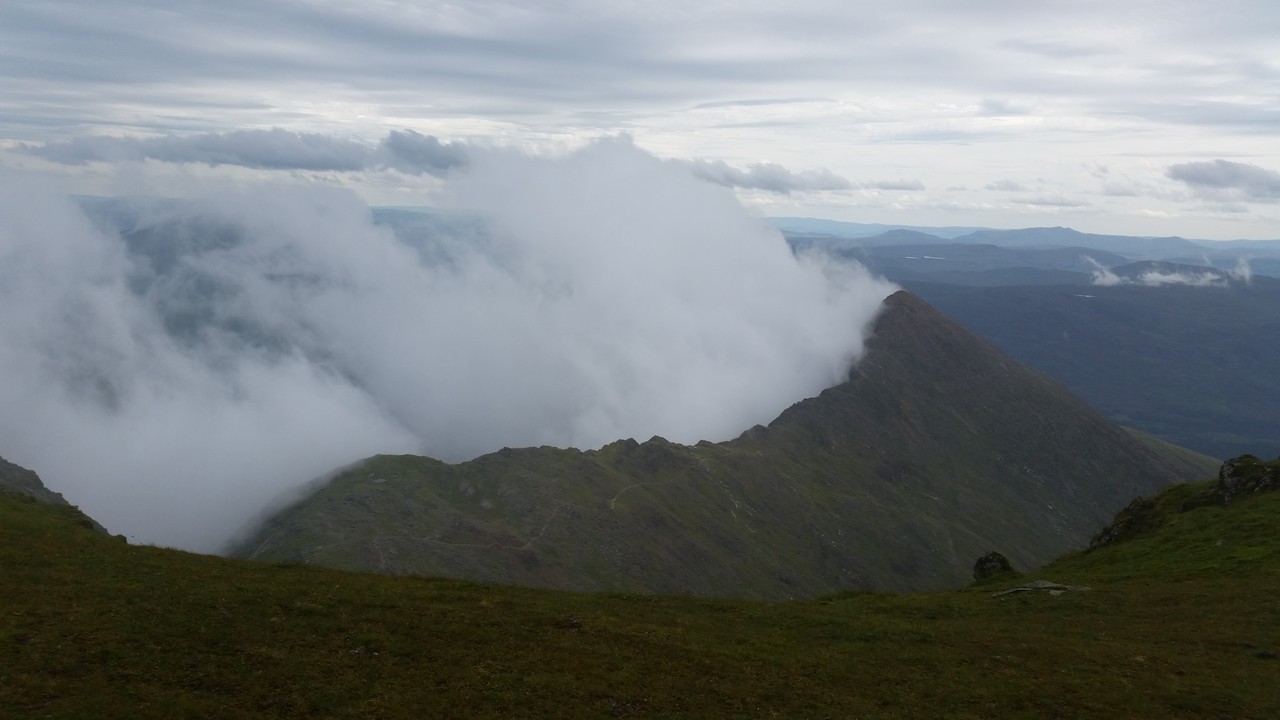 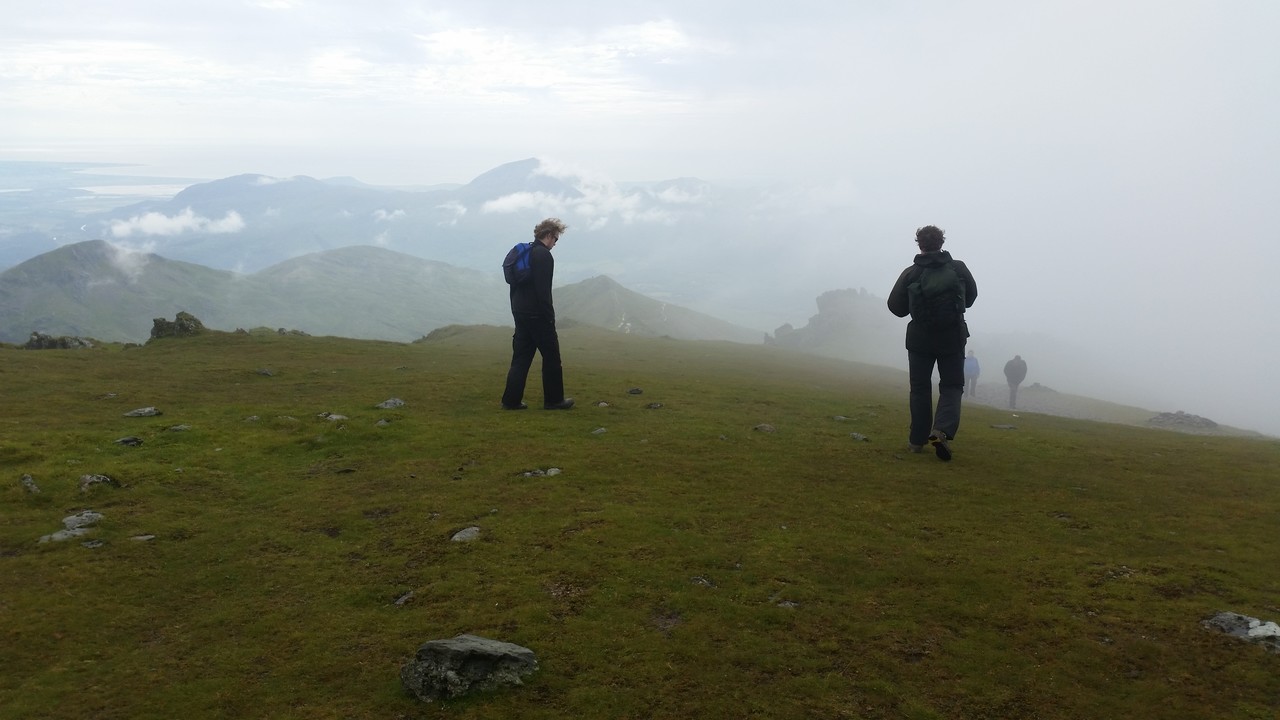 At one point descent became interesting, where we decided that paths were for losers and that a direct “osprey’s descent” was called for. Unfortunately, we didn’t have parachutes so had to settle for some light scrambling and careful descent. Of course we found that our real route was only a few feet away to our left.

Only one mud slide on my arse. A new record.

Final descent back to the car was straightforward, despite some complaints about stones in footwear (“but it’s only over there I can make it back”). The final part saw us walking flat next to some interesting sink holes and other features which held mini waterfalls and pools of water. A very pleasant way to end the walk. 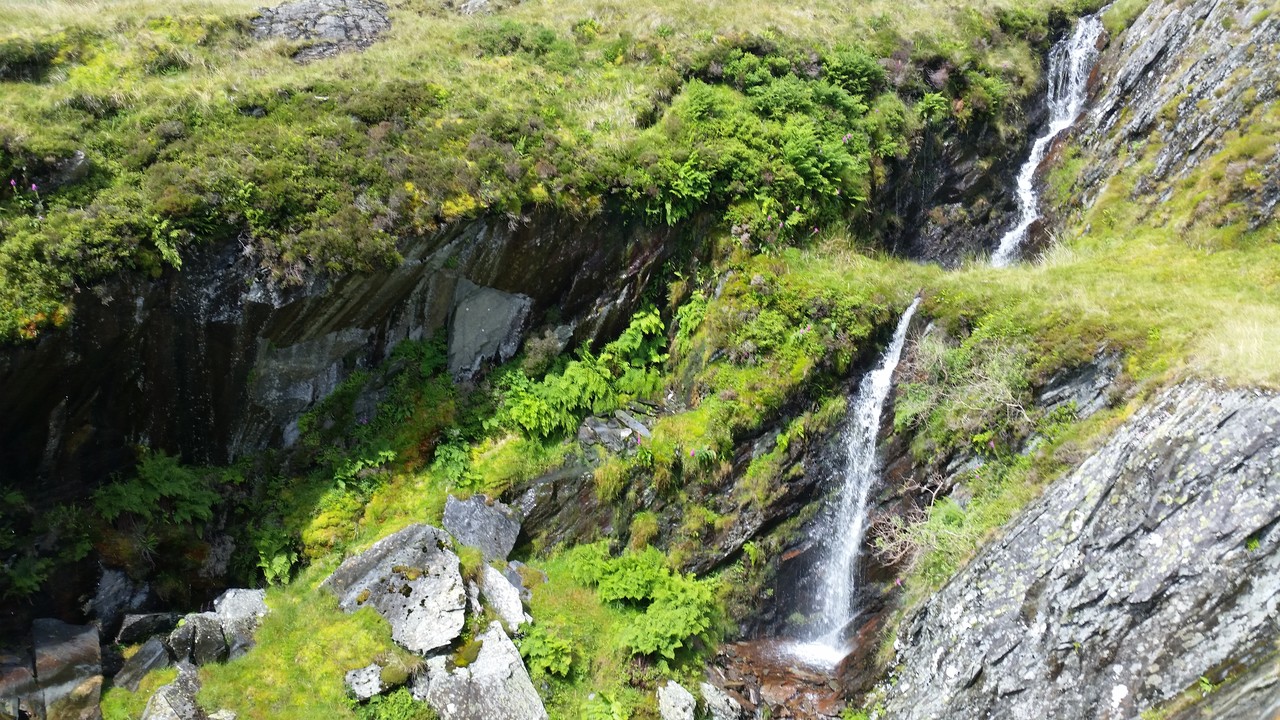 Back in Rhyd Ddu calls for food were answered by a wander to The Cwellyn Arms, a very pleasant pub serving good food, good beer and a range of camping, bunkhouse and B&B accomodation. Highly recommended for post walk nosh.

Watered and filled we headed home. Easier said than done, with a crash on the M56, we ended up driving through Liverpool. Despite that, a worthwhile walk on a worthwhile day.