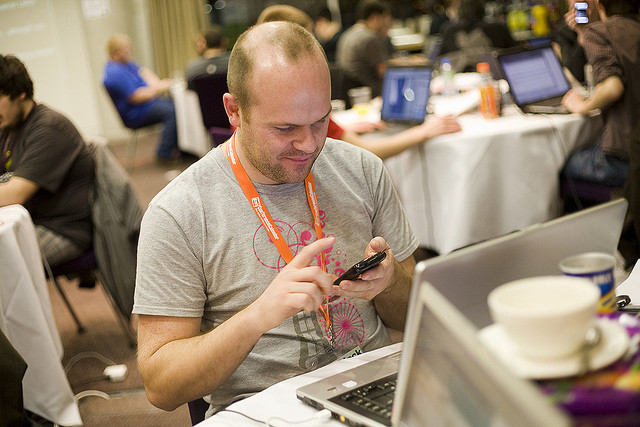 Pretty simple – take 24 hours, a venue, some wifi, food and drink and build something cool with a few other people.

And so off we went. Tim Hastings (@timhastings), Jason Reast-Jones (@jreast) and Paul Mackenzie (@prmack) and I embarked on an idea for a geo-location platform which would trigger events when you came in proximity to previously marked locations. Out of this came Geotrigga. 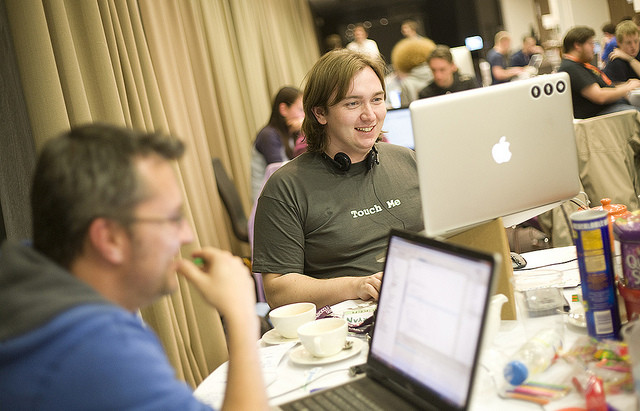 I’m impressed with how much we produced in 24 hours. We produced a working API, a mobile web site and a mobile application (which runs as a background service) and a working trigger to SMS service. Mechanics are in place to enable a whole range of other triggers, including third party web hooks. Problems over the evening included getting OAuth to do as it was damn well told (shakes fist at Twitter), and finding an interesting IntelliJ bug that kept making my parcelable definitions disappear. There’ll be a follow-up post discussing some of the architecture shortly.

Tim took to the stage to present and we came away with the Best Mobile Hack award. Awesome.

It’s the first hack day I’ve done. We worked for around 20-23 of the 24 hour period, with the entire team taking something of a power nap at 4am (don’t underestimate the effect of the power nap). 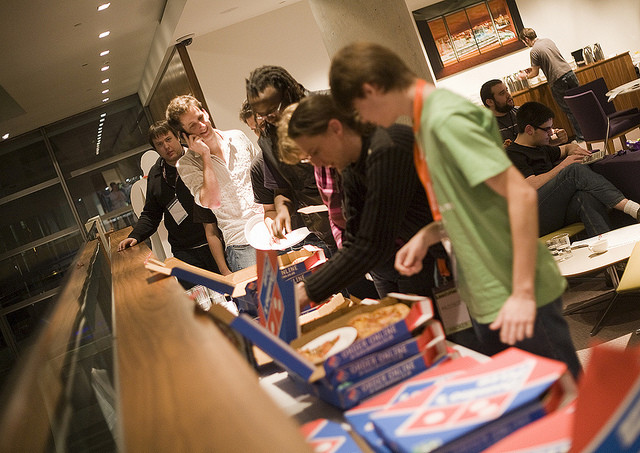 The Hodge and the sponsors made sure we stayed caffeinated and fed, big shout-outs to all the sponsors. No sponsors, no event. Pizza on Saturday kept us going until well into Sunday morning. Sunday morning breakfast looked awesome, but due to the potential of food-inducing coma I had to miss breakfast and ate a small zillion of prawn sandwiches later in the day instead. Beer provided by CodeMyConcept was proper York Brewery ale, not your pansy southern lagers. Colour me suitably impressed.

My favourite hack of the day? Making a Livescribe pen go “Moo” when you write the word “cow”. HOW FREAKIN’ AWESOME IS THAT?